…the weather is finally behaving like it should be. The faint memory of the pleasant sunshine last week is slowly fading. It’s raining right now. It was raining 2 hours ago too. And it will rain in the evening. Maybe you can guess which one of my possessions back from Germany was the first to give up on working? It was my umbrella. Lucky me. It broke down in the middle of a shower. That’s when the hunt for an umbrella started. And let me just say, it’s ridiculous how hard it was to find a new umbrella. Many small boutiques didn’t offer any. I was desperate. I even tried to find one in some of the kiosks nearby. Here is another guess for you, where to you think I finally found an umbrella? You are wrong. It was in a cancer research shop. 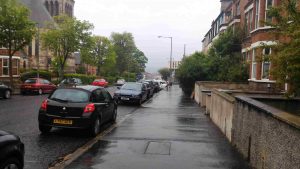 By now, you probably read the other blog entries about the weekend. As Konrad already implied in his article, we didn’t do a lot this weekend. On Saturday, I went to the St George’s Market as well. It was quite small and not as stuffed as I thought it would be. One of the shop owners turned out to be German and we had a little chat with him. We also saw a big group of tourists from Germany.
Later that day I went to the gym and on my way there I was asked by two different people for the way (to the post office/passport control). I couldn’t help them. I was somewhat touched that they thought I would know my way around the city. Am I already looking like a Belfast resident? Whatever it was that made them ask me, they had no clue they were asking the most unfit person for the job. I told both of them „Sorry, I don’t know“ and refocused my attention on recalling how to get to the gym.

Saturday night an incident happened in our accommodation which resulted in Pegah’s decision to move out. But I feel like that’s Pegah’s story to tell. The rest of Sunday was pretty uneventful. 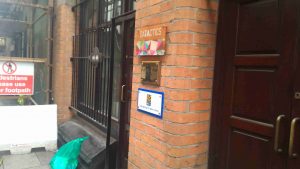 It’s Monday today. The results of testing the Ethernet sockets in the new office had to be discussed. Half of them apparently have a malfunction. We had a call with the old network administrator, his name is Drew by the way, and we discussed the socket issue and some propositions made by Clarity – an internet provider in Northern Ireland, which we are using in the new office. We are going to meet them today in the new office and will hopefully also clarify the problem with the sockets. To be honest, I don’t know if my test results (concerning the sockets) are correct. I’ve never used a Network Tester before and the manual was really short and not that informative (it was mostly explaining how to use the device as a wire tracer, which would have been easier to configure, but was not our cause), I experimented with the device and found a pattern which seemed to indicate that a socket was working properly. Sean, who was present when I tested the sockets, wasn’t sure how the device operated either. Whether I did/understood something wrong, I’m definitely going to know about it after the meeting this afternoon. 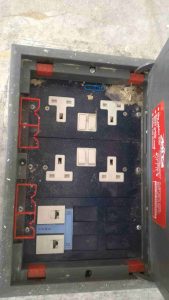 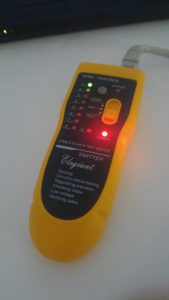