Surayt-Aramaic Online Project (SAOP) aims at developing the Surayt-Online course for intermediary and advanced levels (B1-2, C1 and C2) and producing additional linguistic material for the teaching of Surayt (also known as Turoyo).

Surayt is a Neo-Aramaic language belonging to the Aramaic branch of the Semitic language family, which is enlisted as “severely endangered” by the UNESCO. It is spoken by the Syriac Christians (also known as Assyrians and Arameans) in different countries in the Middle East. Surayt is a non-recognized minority language in the Middle East where it has been repressed and excluded from any official education. Due to the mass emigration of its speakers, the language has drastically weakened, and the number of active speakers in the Western diaspora is rapidly decreasing, particularly among the second and third generations.

Surayt has predominantly been a spoken language. It has been transferred orally from one generation to the other over the centuries. After the settlement of Syriacs in Europe it can no longer be properly passed on to younger generations and intergenerational language transmission is no longer feasible.

Surayt-Aramaic Online Project (2017-2020) leans on the legacy and achievements of the previous Aramaic-Online Project (2014-2017), and aims primarily contribute to the revitalization of Surayt by developing an online course according to the Common European Framework of Reference for Languages.

The project addresses the needs of all native and non-native learners of this language. Nevertheless, the primary focus will be on the speaker communities which have been remarkably increased in Europe during the last mass migration. A specific attention will be given to the second-generation speakers. Furthermore, the project will target teachers and all types of educators of this language at formal and informal educational institutions across Europe. In order to maximize its impact, the project will also address other endangered languages mainly by providing training to educators, experts and academics of these languages. Universities with Semitic studies and providing learning opportunities for foreign languages will naturally be targeted through dissemination of the adopted methodology in relevant conferences.

Privacy: Data is only transferred if activated to: facebook.com 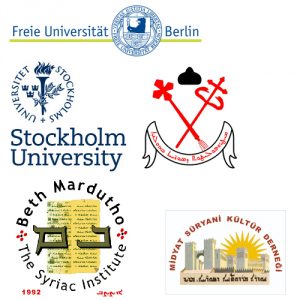 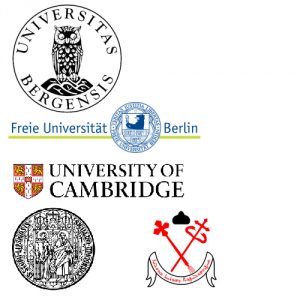 This project has been co-funded by the ERASMUS+ grant program of the European Union under grant no. 2017-1-DE01-KA203-003573. Neither the European Commission nor the project’s national funding agency DAAD are responsible for the content or liable for any losses or damage resulting of the use of these resources.