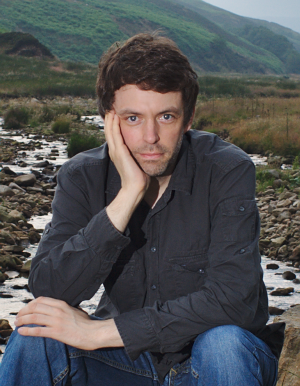 Roland, congratulations to your text book Einführung in die grammatische Beschreibung des Deutschen which got more than 2,700 downloads within the two weeks following publication and now leads the list of our most downloaded books.

Thanks a lot for publishing the book.

What is your textbook about? Are there not enough introductory textbooks around?

The book is about the basic facts of German grammar: surely not everything, but a large portion of what students of German linguistics should know about German grammar. At the same time, it introduces students to the standard methods used by linguists (at least traditionally) to dissect a language, i.e., mostly distributional analyses in phonology, morphology, syntax, and graphemics. No matter which theories or methods you’re going to use later, it’s hard to get by without knowing your basic categories…

There are a great number of mostly excellent textbooks on the market, but many of them do not go into the descriptive details enough, at least for my taste. Personally, I consider Grundriss der deutschen Gegenwartssprache by Peter Eisenberg (which is as much a book about grammar as it is a complete grammar) to be the perfect introduction to theory-oriented descriptive German linguistics. For current BA curricula, however, its completeness sometimes stands in the way of using it as a textbook. In a way, I see my book as the BA prelude to the MA-level Grundriss.

How did this book come into being?

When teaching introductory courses in 2009, I noticed that many students could not (at least not reliably) tell the difference between a relative clause and a complement clause, a finite and an infinite verb, etc. I had taken such basic distinctions mostly for granted in my teaching of German grammar. To remedy the situation, I wrote up 20 pages of grammar basics. They turned into the book, eventually. I recently learned that those 20 pages are still being handed around among students, so I guess there must be a demand for that kind of material.

Have you published any other books before?

Yes, I have worked with traditional non-open access publishers before when I pusblished Web Corpus Construction co-authored by Felix Bildhauer with Morgan & Claypool, who are famous for their text books in Computational Linguistics.

Were you anxious to publish your book with a new publisher?

Do you mean new for me or new on the market?

Well, a newcomer on the  publishing market.  I suppose that you could have published your book with a more established publisher.

Why did you choose Language Science Press as a publisher this time? What were your expectations regarding your readership?

That was an easy decision. As I mentioned before, LangSci can be considered a high-quality publisher. At the same time, my book will undoubtedly be read by more people, simply because it is available freely. It’s a book written for students, and why, of all people, should they pay for expensive textbooks?

You mentioned the promise of Open Access. In your view, in how far are these promises being fulfilled, and where do you see remaining shortcomings in the domain of Open Access?

As for the process of publishing, I see no shortcomings whatsoever. With their focus on quality, I think Language Science Press are on the right track. I particularly liked the fact that one reviewer agreed to an open review process.

Let’s see where we are in a year or so (both w.r.t. Language Science Press in general and my book in particular), and then talk about fulfillment of promises again.

You also mentioned the possibility of revised editions being easier with OA. Is there any process for keeping track of errata and the incorporation of suggested improvements for your textbooks?

As a former colleague of mine once said: “There’s so much feedback from users that you never get.” If there’s anything people don’t like or which is simply incorrect, they can just throw it in my face by commenting on the book website grammatick.de (where there is also a list of errata), by talking to @codeslapper, or by sending me an email. I’ll give it a few months and then start working on the second edition with daily updated versions to be posted on grammatick.de. That’s very different from traditional publishing, where you have to keep everything more or less a secret until the book is out in the stores. I hope to have the second edition ready by mid-2016.

Any other upcoming books of yours?

Yes, I am working on a shorter text book called Corpus-driven modeling of standard and non-standard variation. The book is written in English, but focuses on German. And it is strongly related to my own research.

Also, I’d like to spend more time on an introduction to statistics for linguists. While (again) there are a lot of good textbooks on statistics, the ones that are reasonably complete are totally contaminated with R code. Don’t get me wrong: Those books are excellent, and some of them have been written by people who know more about statistics than I do. Also, I personally use R for doing statistics, but, honestly, it is very annoying to get used to, especially for people who aren’t programmers anyway. To me, the drop-out rate in introductory statistics courses for linguists based on R always seemed dramatically high. I think that for many linguists, it’s wrong to try and teach statistics and R at the same time. After all, some of them might just want to be able to read and understand papers where statistical methods are used, or they are theoreticians and want to have a basic understanding of what the statisticians with whom they work are doing. Others might end up using commercial alternatives to R which, for their purposes, are better suited. Why should they mess around with R? Therefore, the book just thoroughly explains about statistical methods (including advanced topics such as Generalized Linear and Additive Models and other stuff that has recently made its way into the linguistics literature, such as multimodel selection) without forcing readers to become programmers.

The nice thing about Open Access: If these two books are received well and I have the time, I can translate them to German without further negotiations or constraints set by a commercial publisher.

Roland Schäfer studied linguistics and Japanese linguistics at Marburg and Bochum. He then turned towards formal and computational approaches and corpus linguistics. He is currently working on his own DFG-funded Digital Humanities project on the distribution of grammatical features and text types in German web documents. You can reach him via his websites rolandschaefer.net and grammatick.de as well as on Twitter as @codeslapper and by sending an email to roland.schaefer@fu-berlin.de.