In the last weeks, Language Science Press has had a sustained output of roughly one book a week. The books come from very different areas of linguistics, ranging from languages of New Guinea and Nepal to agent-based models and sociolinguistics in New Zealand. This shows that LangSci is indeed well rooted in linguistics at large. The books are, in order of appearance: 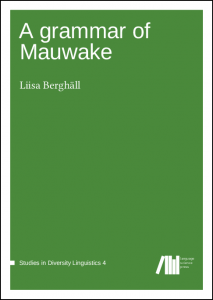 A full grammatical description of the Mauwake language of New Guinea, this book is the first extensive treatment of a language of the Kumil subgroup of the Trans-New-Guinea language family. 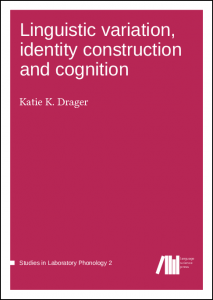 A close investigation of the social relations in a New Zealand high school and how different phonetic realizations of the word <i>like</i> are influenced by the social relations at hand.  The results are used to inform an exemplar-based model of speech production and perception in which the quality and frequency of linguistic and non-linguistic variants contribute to a speaker’s style. 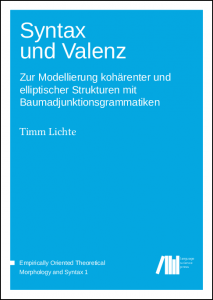 The first book of our series Em­pir­i­cal­ly Ori­ent­ed The­o­ret­i­cal Mor­phol­o­gy and Syn­tax, this book introduces a variant of Tree Adjoining Grammars, namely Tree Unification Grammars and shows how they can be used to model coherence and ellipisis in German where other models fail

Language strategies for the domain of colour by Joris Bleys 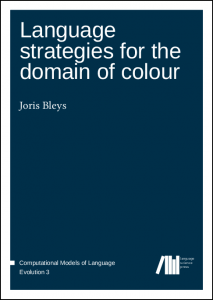 This book presents a major leap forward in the understanding of colour by showing how richer descriptions of colour samples can be operationalized in agent-based models. This books is the second one to appear in our series Computational Models of Language Evolution.

A grammar of Yakkha by Diana Schackow 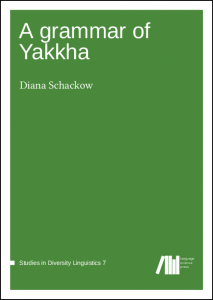 The next upcoming books will be Paul Vogt, How mobile robots can self-organize a vocabulary, Christian Lehmann, Thoughts on grammaticalization, Derek Bickerton, Roots of language, Marie-Héléne Côté et al., The future of dialects and Aviva Shimelman A grammar of Yauyos Quechua.

Our aim is to publish 50 books a year in the long run. The last weeks have shown that we can maintain this pace. Next to the 14 published books, there are 96 in the pipeline in various states of completion (and 18 rejected), so we do indeed have enough material for the time to come.