Edited volumes and time to publication

Edited volumes are an important type of publication in linguistics, and Language Science Press has published about 50 edited volumes up to now. However, the time to publication is normally an issue for edited volumes given the larger number of contributors. In a project with 12 contributors, chances are that at least one of them will not hand in the chapter, the revision or the proofs in time, which delays the whole project.

This leads to a vicious circle: everybody knows that probably the volume will be late anyway, so authors adjust their priorities and focus on some other work where the timing is more critical. Which delays the work even more, so everybody adjusts their priorities again and so on. When I was still actively publishing as a linguist, I had a paper in a volume which took 5 years to come out!

This whole problem arises because the book and all its chapters will only be published once the last chapter is in. Otherwise, page numbers cannot be assigned and cross-references will not work.

Our series Open Slavic Linguistics was unhappy with this state of affairs and suggested that book chapters can be published ahead of the volume, as so-called prepublications. This means that all chapters which have been reviewed, revised, proofread, and typeset can be made available on our website. The setup of our LaTeX class allows to compile the same chapter either individually or as part of a book. As for the pagination problem, we simply set the page numbers to roman and add a note to the footer that the page numbering is preliminary. That way, readers are not led to mistakenly cite Smith (2020: 12) for a chapter which will have a final pagination much higher than 12.

This setup breaks the vicious circle, as the speed of publication now depends on each author individually, and not on the slowest author of the bunch. This encourages authors to be on time and should therefore even lead to a faster publication of the whole volume.

Once all chapters are in, the final version of the book is compiled and the prepublished chapters on our website are replaced with the “real” files with final pagination.

The footer of the final version of the same chapter.

The first book where we tried prepublication was Advances in formal Slavic linguistics 2016. The first chapter by Julia Bacskai-Atkari was prepublished 2018-04-04, the last chapter (of altogether 21) in the winter holidays that year. When the final chapter was published, the other prepublished chapters had already altogether been downloaded more than 1000 times.

Things are similar with Theory and description in African Linguistics. This book has 36 chapters. The first one to be prepublished was Chapter 22 by Philip T. Duncan, Travis Major & Mfon Udoinyang, on 2018-09-20, the final book was published only on 2019-08-23, so nearly one year later. But by that time, there were already more than 3000 downloads of all prepublished chapters combined. 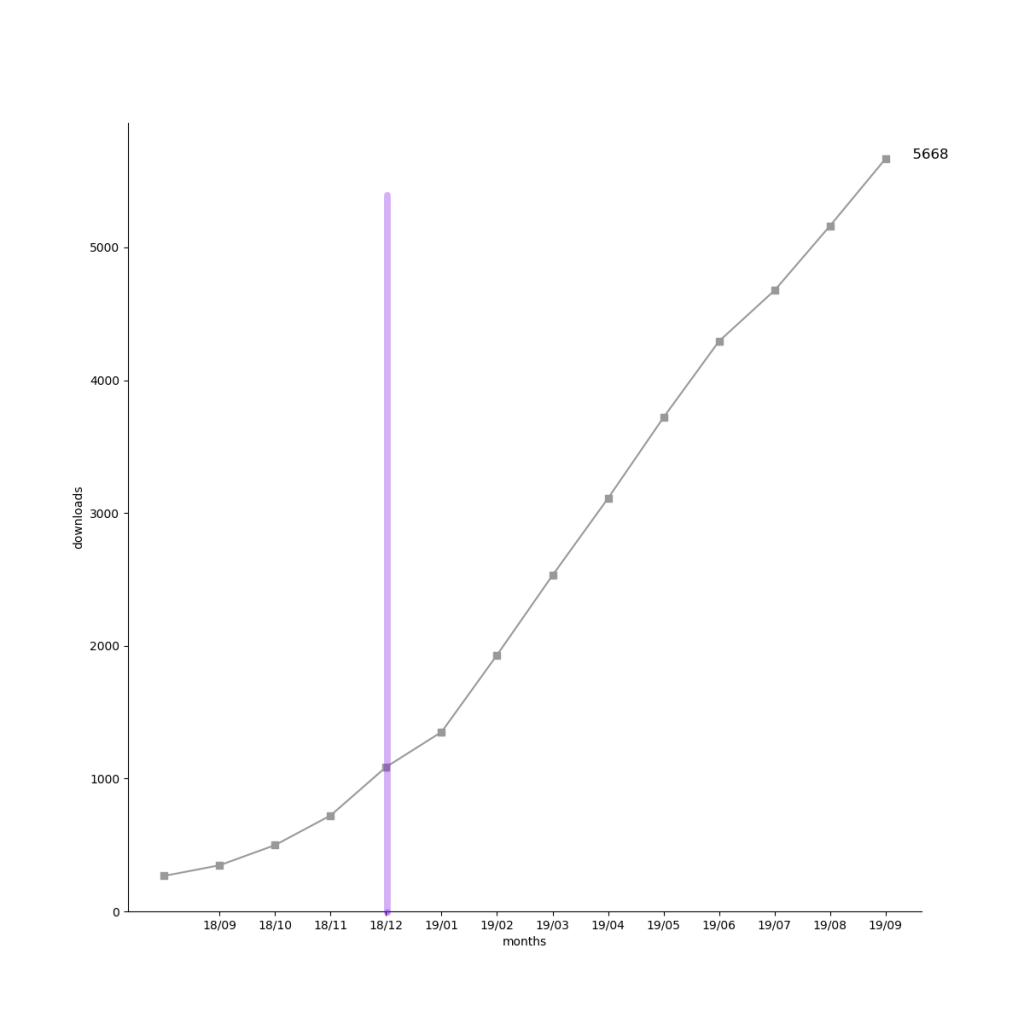 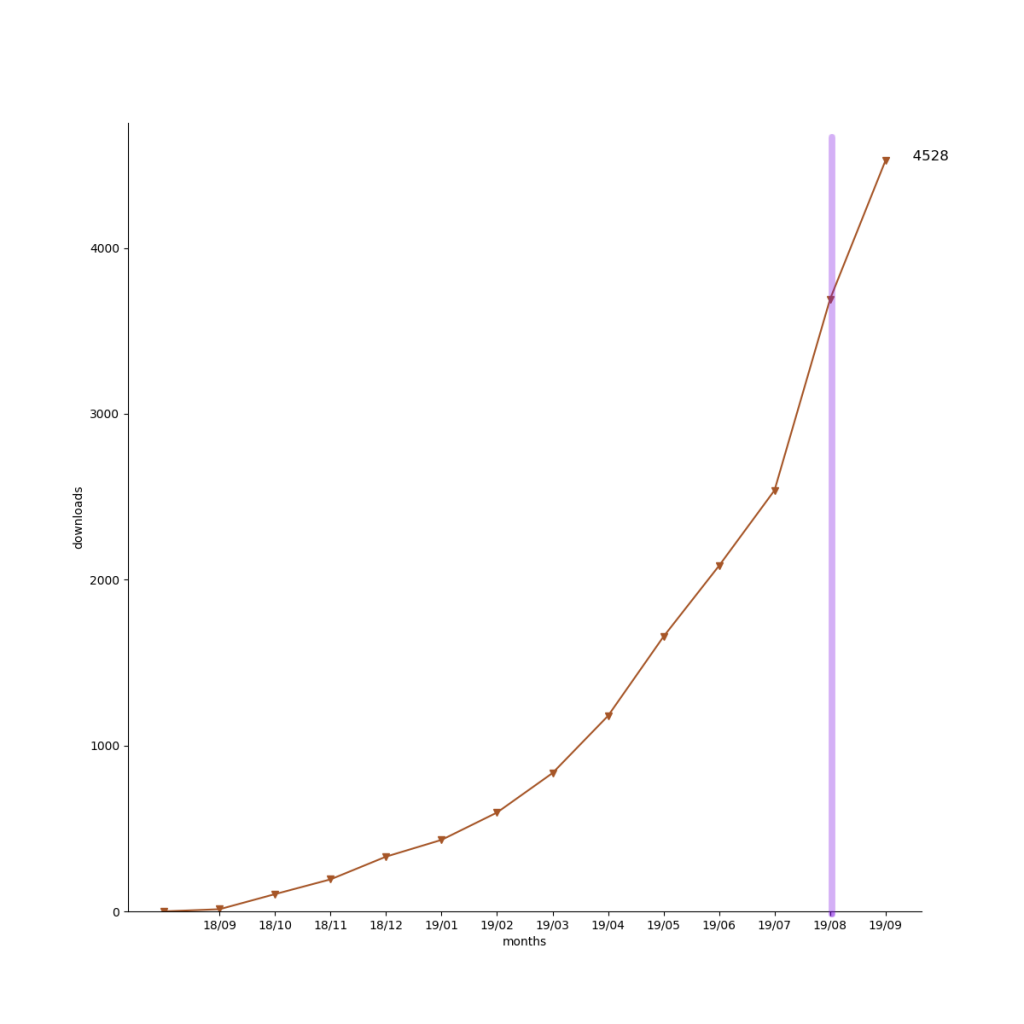 Downloads for Theory and description in African Linguistics. The violet line marks the date of final publication

Our most recent project where we use prepublication is Head-Driven Phrase Structure Grammar: The handbook edited by Stefan Müller, Anne Abeillé, Robert D. Borsley & Jean-Pierre Koenig. This book will have 36 chapters and over 1300 pages. 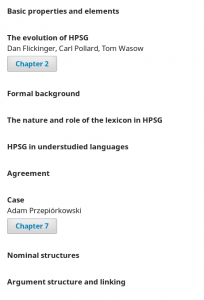 Some chapters of the HPSG handbook are already available as prepublications

The first chapters are already available in their prepublished form, while for other chapters, the editors are still waiting for the revised versions. The modular setup of our LaTeX skeleton for edited volumes allows for an easy accommodation of the different timelines and makes sure that the faster authors have their content out quicker, and can therefore be read and cited by the wider research community.