The Saturday started early in the morning. Phillip and I met at a bus station and departed together to the city centre because we wanted to meet up with Rene. At the city centre I withdrew money for me and Dominik from a cashpoint. 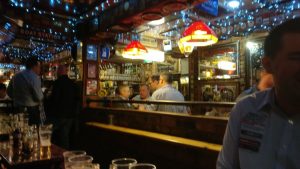 END_OF_DOCUMENT_TOKEN_TO_BE_REPLACED

The time its coming. We talked and planned the trip about the full stay in Belfast. We start to the Bus at 07:50 a.m. with Dominik, Konrad and Phillip. We went to the city centre. At the city centre we met Rene, Jamie and Marie in front of the Bus. 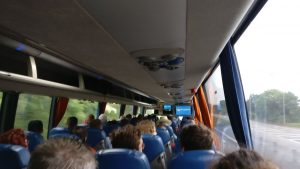 END_OF_DOCUMENT_TOKEN_TO_BE_REPLACED

When I was on the way back home I had spontaneously arranged a meeting with Dominik to eat something. On my way I bought some bacon since we wanted to cook some fried potatoes. When I arrived at his house, we immediately started cooking and finally ate relaxed together. It was really good to see another face under the week. Because all the others went to Philipp to play Monopoly, Dominik and I went there too. From the outside we could hear them laugh. There were René, Max, Konrad and of course Philipp. We enjoyed the evening but hadn’t played Monopoly.

On saturday (the 17th), Dominik and I met again because he wanted to accompany me on my eight km Ingress Tour. This time we started at the Queen’s University, went through Belfast and at least to the Titanic Museum. For our tour we needed four hours and luckily the weather was optimally sunny but not to warm.

After this we met with the others because René planned a little Pub Tour. The first Pub was really full so we decided to go to the next one. There we spent some time before we went to another Pub and there we had much fun too! All in one it was a really great evening!

Today, on sunday it was warm. I tried to play something on my notebook but then left it. At last I decided to lay down in bed and watch the series „Guardians of the galaxy“.

For translation in german and better quality of the pictures, click here

Yesterday was a quite mixed day. But let me start from the beginning.

On Saturday I woke up quite late and a little bit tired. I didn’t sleep as good as I hoped to. So my mood was a little bit subdued. But that might also have been the case because I was very hungry.

So I went to the Tesco, got myself something to eat, and on the way back I enjoyed the weather. It was very warm, sunny and quiet, just the way I like it. So my mood went up by quite a bit.

After my 2p.m.-breakfast I felt even better thinking this will be a good day. I started my Computer, watched some videos and had a talk with a few friends of mine. As the day went on, my group organized a pub-tour, which sounded nice. But somehow again my mood went down a bit, I can’t really explain why.

Non the less I went with them thinking it would be a nice evening. At that point I didn’t know how wrong I was.

On our first stop it was rather very full of people and they were louder than the music. Definitely not what I like, but hey, spending time with the group is fun… sigh.

After two or three hours later we went to the next pub. And there it was even worse. At that point I was looking like grumpy cat just being annoyed by anything and everything. That was the moment I decided to go home, I hate huge amounts of people in little spaces shouting to each other to understand that they were saying.

On my way back I at least saw the city center being lit up in the union jack. 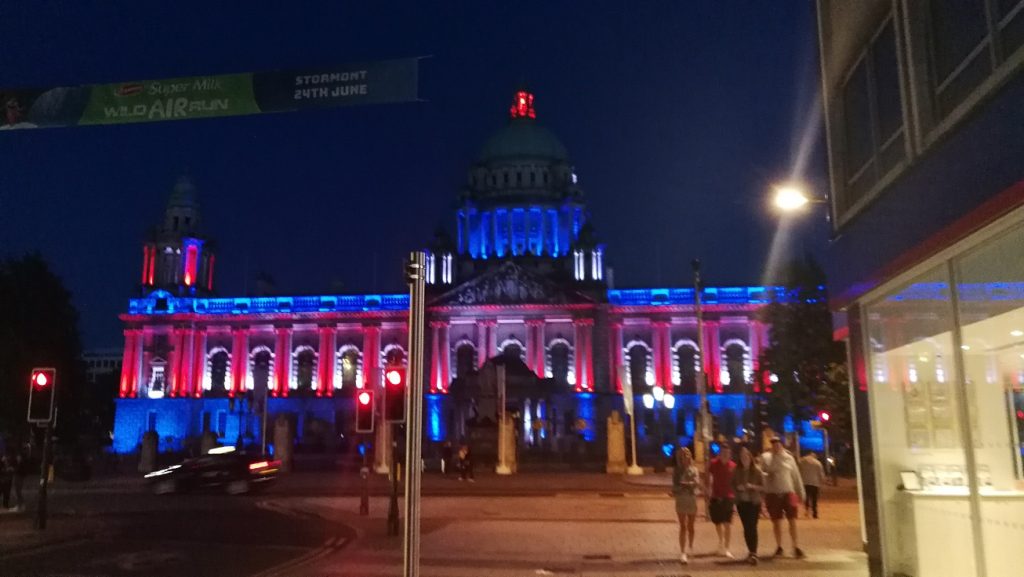 At home I still heard a slight tinnitus in my ears telling me that it was way to loud. So I just gave up on everything and went to bed. Screw that day.

We came back recently from Dublin and it really was an interesting adventure.

The tour started at 8:30 a.m which is very early concerning it is Saturday.None the less we all gathered at the right time, and went for a 2h journey in the bus. Enough time for me to take a quick nap. END_OF_DOCUMENT_TOKEN_TO_BE_REPLACED

Okay, I just couldn’t resist to withhold our first pub night out ever from you in Belfast with the Locate a Locum team!