Hey guys,
Today I had my first day at work but I will start with the weekend. On Saturday night we went to a pub how´s called „Botanic Inn“. We took a cap, because it was raining. By the way the caps are cheeper than in Germany. After an half hour the other people from our group appeared. It was quiet noisy in the pub, but not because of the music; people were laughing and talking loudly and at minute intervals glasses got broken. Some of the irish took a cup too much, like a man next to us. He was very drunken and his friends took pictures and made fun of him. I had a nice talk to a guy named Metthew and two girls how were absolutely sweet^^. At 1am the bar had closed, so we went home.
Next day, on Sunday we decided to hike to „Cave Hill“. The weather were irish mixed at this day but we had been protected by umbrellas and rainjackets. We saw the buityfull countryside of the north of Belfast and took a lot of pictures like this: 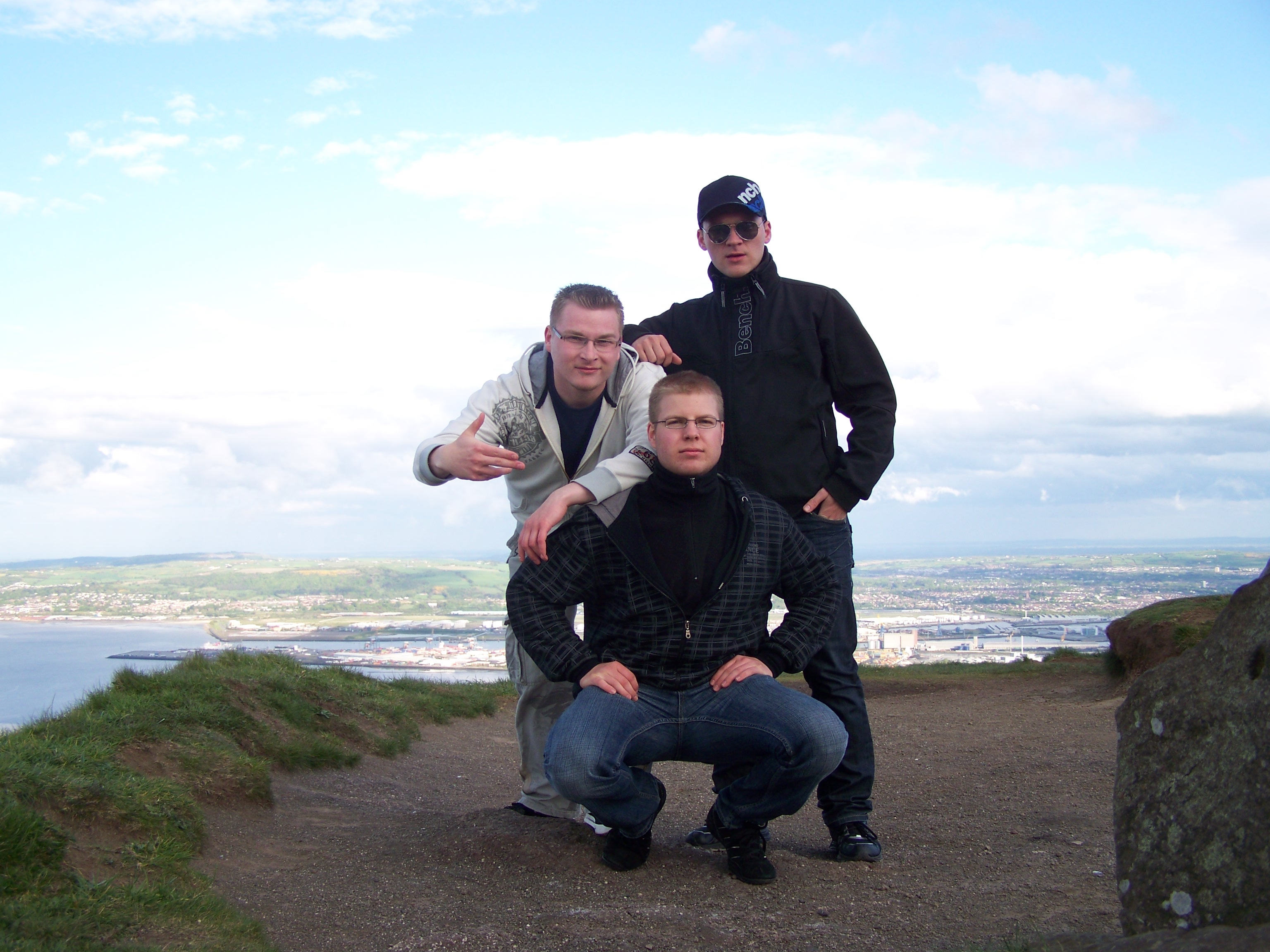 At 9am in the morning I was at work. My boss and the employees introduced me in the work process. In this project my company is responsible for a lot of workstations which used for X-rays and the diagnose. They showed me the infrastructure, how to maintain the serverfarm and whats to do if there occur allerts or errors. One guy „Berry“ was very friendly to me and I asked him if he know somebody hows would rent or sell me a bike because my company is directly in the city-centre. Tomorrow another stuffmember Metthew (but not this boy from the pub) will pick me up and than we will go to one of the hospital to setup a new workstations. I am very excited…