I woke up at 9.30 a.m. because Max’s alarm rang. Because he wanted join René and Philipp and at their bus tour through Belfast and their visit at the titanic museum, I had to spent the day alone. But that was no problem for me. I went to gym and did my training for 2 hours. I went back home and it was very warm outside because we had more then 20 degrees and that’s very warm for Northern Ireland. I ate a little bit for lunch and at 3 p.m. I met with Dominik. He wanted to play Ingress, a mobile game comparable with Pokemon Go but I don’t exactly what the game is about. I just knew that we have to walk a lot so I even downloaded a pedometer app to count the distance I walked on Saturday. Like I said we met at 3 p.m. and we walked through the whole city. From the Botanic garden, to the Belfast City Hall to the Titanic museum. We walked for over 4 hours and we just stopped to get something to eat. Today my feet are hurting but it was worth it. I really enjoyed the afternoon, we had great weather, I even worn short trousers and we saw some interesting places and streets I’ve never seen during my stay in Belfast. So if you want to explore a city with all necessary and hidden places, just play Ingress. 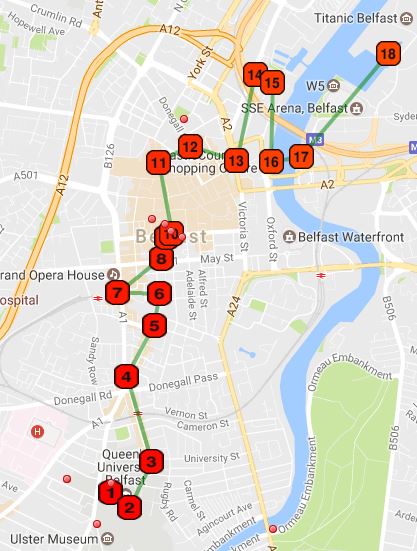 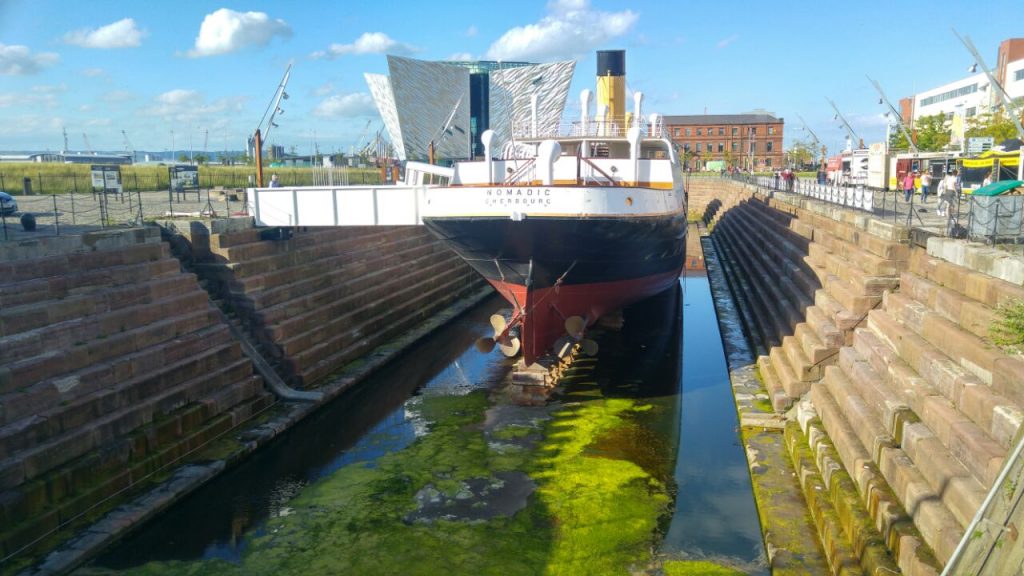 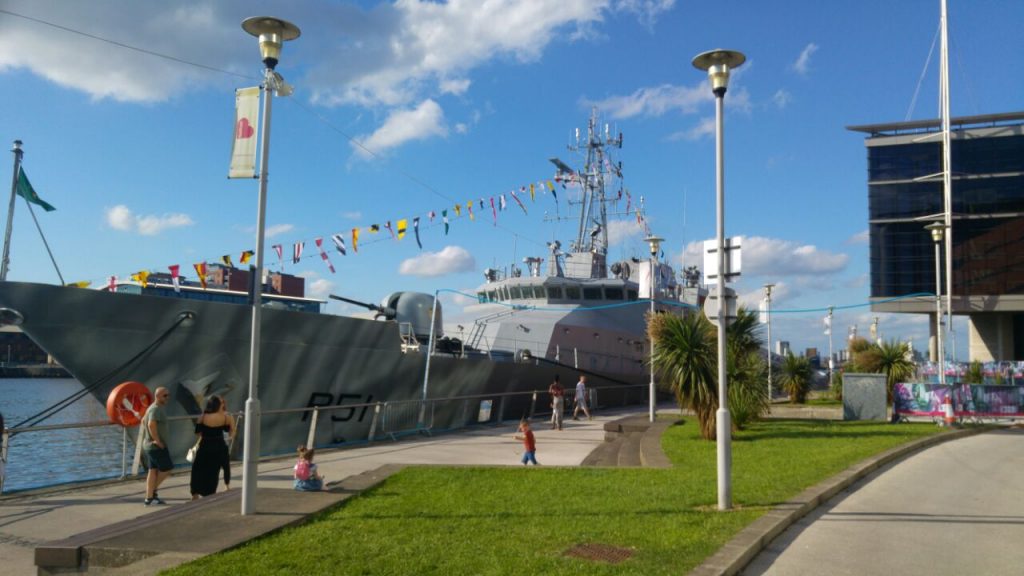 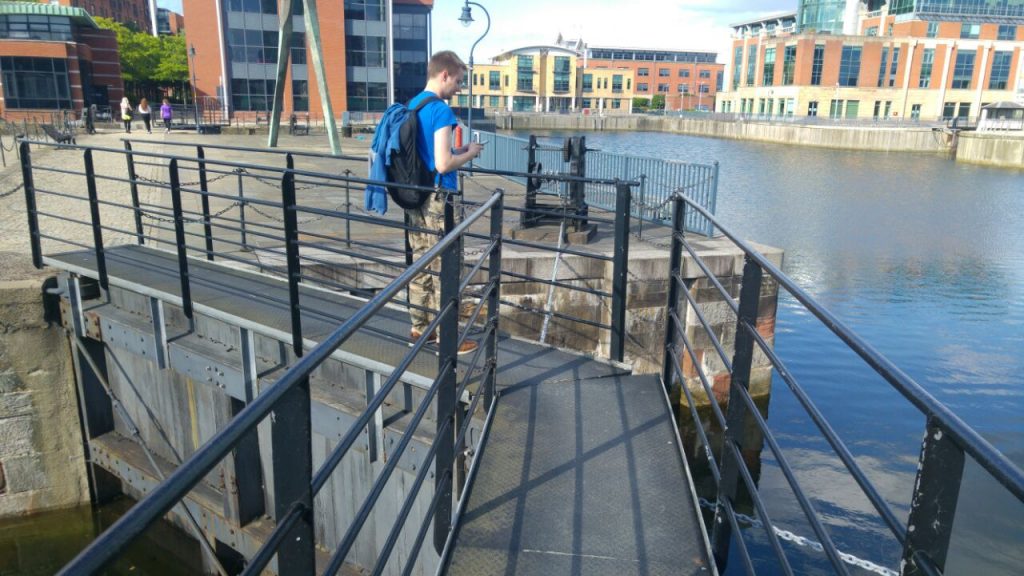 At 7.30 p.m. we met the sightseeing group composed of René, Max and Philipp. Konrad joined us too. We met because we wanted to do a pub tour. So even more walking. We started our tour at The Crown Liquor Saloon. The pub was overcrowded, that’s why we decided to go right to the next pub: the Filthy McNasty. The pub have an outside area so we sat down and all of us ordered a Guinness. After several hours we went to an other pub: the Duke of York. We also sat down again and ordered something to drink and spent the rest of the evening in the bar instead of Konrad. He left us half an hour after we arrived at the Duke of York pub, because his mood was not so good. After a few hours we went home and I fall asleep at 3 a.m. 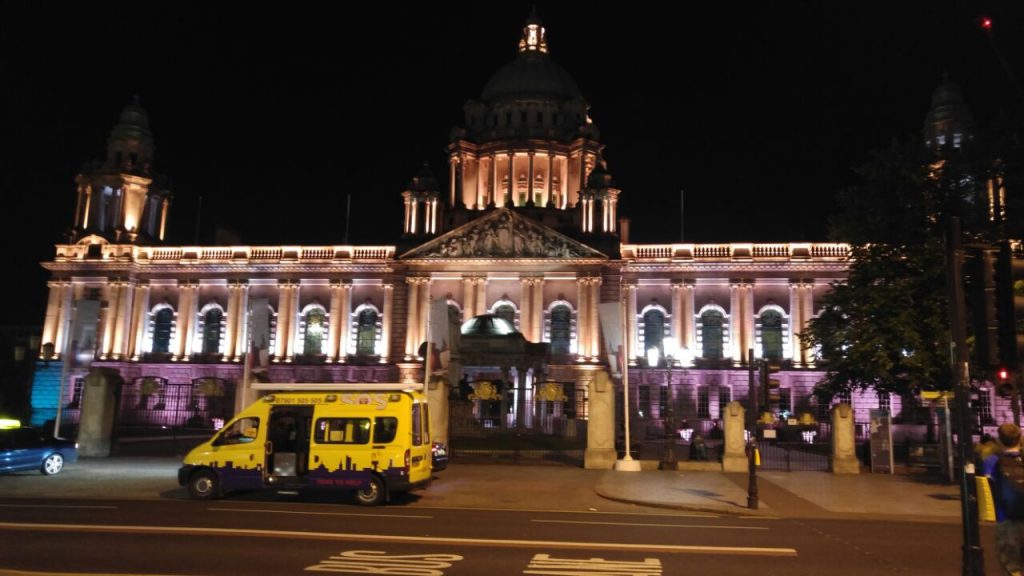 On Sunday I did nothing instead of going to Tesco and buy something to eat. So I relaxed the whole day and recovered my feet. By the way all in all I walked on Saturday a little bit more then 27 000 steps respectively 20 km.