The biggest part or of group was going to have the same tour I had with my mom a few weeks ago to the Giant’s Causeway. And so I asked Marie and Pegah if they had any plans for today. They both didn’t had anything to do in particular, and so we met for ourselves and had a very fun day.

First we met at a Sushi restaurant, the Sakura. There we had lots and lots of Sushi placed on a conveyor belt. It was really great and I kind of missed the taste. So we sat there, had a little talk and enjoyed the japanese cuisine. 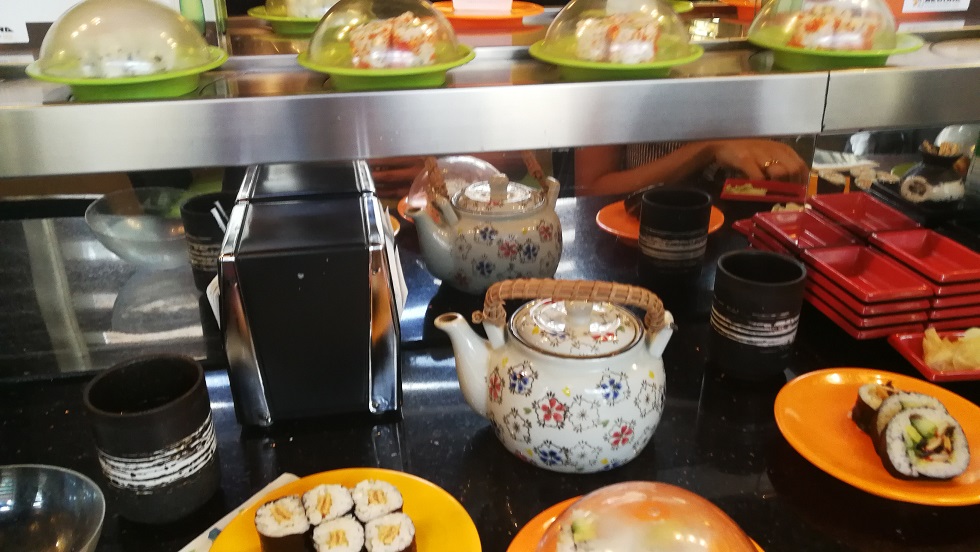 After that we wanted to go to the cinema, but it was to early, because our movie started about 16:45 and we still hat roughly one hour until then. So I suggested to go to the Victoria Square, where we we heading anyway, and there to the lookout platform.

Well the view is quite good, if you manage to see anything through the small windows. Also it gets really warm up there because there is this huge space filled with people and the sun can shine right into it.

After a little while we went down again and then to the cinema, where we watched a movie called „Pirates of the Caribbean“. I personally liked it quite, but Marie and Pegah didn’t seem to have the same opinion.

The day slowly started to end, and so we split up to go home. I went over do Dominik and Max to watch another movie. After that I came home and here I am now.

The day was very fun. This are the days where I like it the most here, because normally I am a person that doesn’t go out much. Non the less it only one more week until we get home, and I think that we all look forward to it.